The tech world is oversaturated with smartphones nowadays and the most expensive ones act like high-powered Swiss army knives. If companies continue to raise the bar, technology may very well reach that point where you only need to carry one device wherever you go. But today is not the day the popularity of GPS devices is proof that your smartphone may not be the best GPS device for every task. When navigation needs extend to the field and off the road, you are going to need something rugged, more accurate and filled with the appropriate topographical data. Settling for a cheap GPS navigator means sacrificing some key features like the compass which can be found in smartphones today. For something much more, you can go for a premium-priced GPS navigator for hikers like the Magellan eXplorist 710. 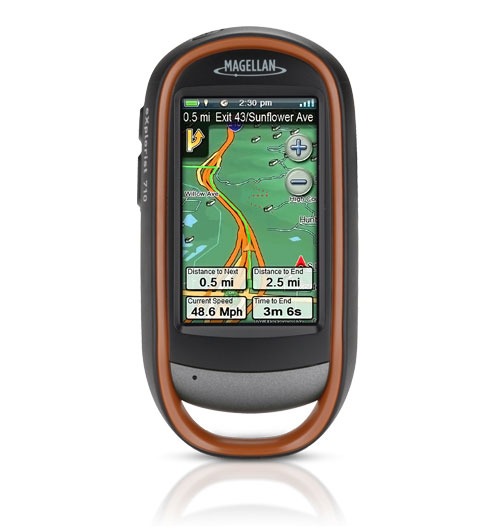 About the Magellan eXplorist 710

The Magellan eXplorist 710 is Magellan’s flagship product of the eXplorist family. The most surprising thing is how old the device is. It was announced way back in 2010 along with eXplorist 510 and 610 models and for good reason too because all three devices look alike and share a lot of the same specs. It launched at $499 although the price has went down throughout the years. The main concern now is whether to wait for Magellan to announce a new model or get the Magellan eXplorist 710 for a lower price. Your decision should depend on how much you value the device’s exclusive features.

In terms of general features and specifications the eXplorist 710 and the eXplorist 610 are the same but the amount of preloaded content found on the 710 make it the king of the eXplorist family. It is stacked to the brink starting with World Edition basemaps which contain road data of various places worldwide from NAVTEQ. When you need to locate key points of interest in the field such as gas stations or sources of water, you can resort to the preloaded Summit Series maps that are limited to the US. Only the Magellan eXplorist 710 comes with another preloaded set of maps that cover city streets. This set is known as the City Series US maps and it also gives the eXplorist 710 the capability to provide turn-by-turn directions. The Magellan eXplorist 710 won’t exactly replace an entry-level Magellan RoadMate since those automotive GPS devices come with car mounts but going on a hiking trip followed by setting a course to your favorite beach using just one device is pretty cool. Together, all these preloaded maps help greatly with geocaching.

All this data means a lot of storage space and fortunately the eXplorist 710 provides far more than the typical eXplorist device. It comes with 8 GB of flash storage and there is a microSD card slot just in case you want to add a microSD card filled with even more maps you can buy from third-party sources like National Geographic.

As mentioned earlier, all the stuff you get with the Magellan eXplorist 610 can be found in the Magellan eXplorist 710. This includes the highly useful 3-axis electronic compass and barometric altimeter which is normally found in handheld GPS devices in this price level. With these extra components, you can get a better sense of direction when navigating while keeping track of weather changes.

It is a little bit disappointing for the eXplorist 710 to have the same 3.2-megapixel camera as the 610 so taking photos at night is a no go and video recording leaves much to be desired. At least the camera has auto-focus so under the right lighting conditions, some good portrait and landscape shots can be taken. These photos are geotagged automatically too making them great for social networking.

The Magellan eXplorist 710 doesn’t perform any faster than the cheaper eXplorist models so some of its appeal is lost if you don’t use it for city navigation. Still, the friendly touch interface more than makes up for the minor disappointment. Going from the map to the dashboard to a quick route home is real simple thanks to the unique Four Corner approach where each corner of the map has an icon. These icons only appear if you touch the map once. The icon on the upper right of the map brings up the OneTouch menu. This menu works similarly to the OneTouch menu found in Magellan RoadMate devices. You can add any points of interest or waypoints you like to this grid menu for easy access.

• Tons of features that all work well.

• Better-rounded than other GPS navigators thanks to all of the preloaded maps.

• Outdated hardware for a flagship device.

The Magellan eXplorist 710 might be a bit too old to be considered a complete handheld GPS powerhouse but it is still one of the few devices in the market that can help you hike, explore and drive.