Another one of the most talked couple from Bigg Boss 13 Asim and Himanshi have come up with their new song. Yes, you read it right. The most loved couple for their innocent love has made their debut together for the first time. in their latest song. The song “ Kalla Sohna Nai”  has enthralled the fans by their sizzling chemistry and closeness.

Asim Riaz has won the hearts of the audience from Bigg Boss 13. His fan following is growing day-by-day. Asim proposed Himanshi during Bigg Boss days. Both of them after Bigg Boss has rumoured to spend good quality time with each other and have been posting lovable pictures in their Instagram accounts.

Due to rocking chemistry between Asim and Himanshi, the song “Kalla Sohna Nai” has been able to grab the audience attention. It has reached 10 Million views in just a single day. This song has achieved a lot of attention prior to its release by the posters.

The most awaited song was released on the 19th of March. Neha Kakkar has given her beautiful voice to this song. While the lyrics of the song are written by Babbu. Mohit Nagpal gave beautiful music to this song. Asim and Himanshi’s are the centre of attention and are looking cute together in the song. The song shows sweet moments of their romantic relationship 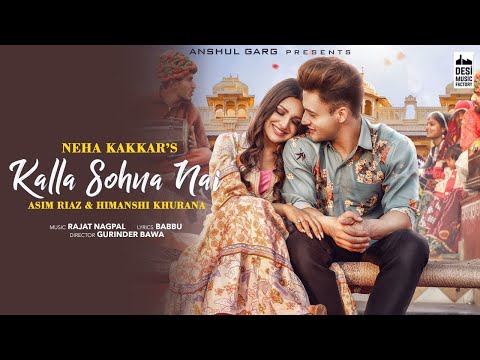 The song begins with Asim asking Himanshi to climb on the top of a camel in a fair. She gets frightened after sitting on a camel, on which Asim bursts out in laughter. Himanshi feels indifferent seeing other couple enjoying eating cake together. To make Himanshi happy, from samosa to paan, Asim can be seen offering food to his Himanshi. The song is a visual enjoyment for all Asim and Himanshi  #asimanshi fans as it has the flawless mix of love, colours and musical voice.

The adorable couple is receiving all the praise from the fans. The couple is already famous with the tag #Asimanshi. But after the release of the song, fans are saying a song with hashtag #SohnaAsim.

How can one start investing in stocks in India?

Tips For The Newbie GPS User

5 Tips To Make Your Budgeting Stress-Free

How to Install Seren Addon on Kodi