Marvel’s Agents of S.H.I.E.L.D Season 7 episode “A Trout in the Milk” was completely based on the Chromnicoms and the impact that their decisions will make. After spending two episodes in the ’50s, the team has finally landed in the ’70s, and apart from the retro jumpsuits, and the seventies background, this episode also brought in a mysterious ailment for the team’s third member.

A lot of revelations had been made, and so here is our short review of the episode. Also, check out the upcoming episode promo and “Adapt or Die” Spoilers.

It is 1973 and it has been a year that Enoch is not working at the bar and so the team starts looking for him. Yo-Yo and Mack on the other hand discover that the S.H.I.E.L.D agents are developing the Project Insight which should not be prepared for some more decades now. Coulson along with Daisy, Sousa and May find out that Wilfred is alive, and his sons are a part of the team. However, when he roots them out, they use Malick as a hostage to escape.

In the upcoming episode of Agents of SHIELD, all the characters will be fighting to exist in the complicated timeline and accomplish their mission. And this is all that we know about the episode that will air this coming Wednesday. If you are following the show from the previous seasons, then you would be aware that ABC doesn’t give out any spoilers of its new episodes.

The show hasn’t even been halfway through, and so there is a lot of time for the story to unfold. We are sure that various surprises are lined up, as the characters will navigate the different relationships.

The promo of the Agents of Shield Season 7 is out there and we have tried to break it down for you. With the previous episode, I’m sure you would be getting the plan of Chromnicoms. If signs are to be believed, they are going to overtake bodies so that they can suit their needs and change history for them. 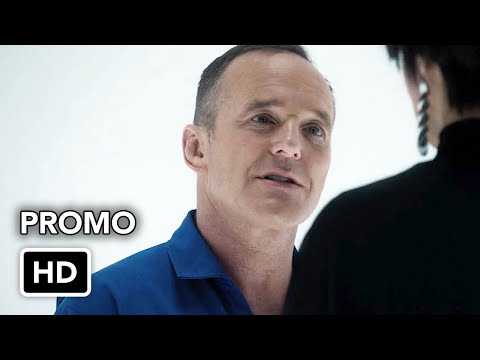 It is no less than a crazy plan, and if it happens to be true then it won’t be easy to stop the plan that they are devising and implementing on the world. But with Phil Coulson or some SHIELD allies, we expect some great action.

What do you think is going to happen next on Marvel’s Agents of SHIELD Season 7 upcoming episode? Share your theory with us. Also, don’t forget to watch “Adapt or Die” on ABC at 9 PM on 1st July.

What Are The Key Benefits Of Getting A Preventive Maintenance Software...

Which Online Slots Are Most Often Played by Gamblers in NJ...

An Easy Guideline On How To Find The Best Products To...

How to See Deleted WhatsApp Messages?

Best Mobile Apps to Boost Your Productivity in 2020

Undertones Unlocked: How To Match Foundation To Skin Tone

How to Install Fusion Repository on Kodi? [2019]