Love Aaj Kal starring Kartik Aryan and Sara Ali Khan is going to release this Valentine’s Day. The film is directed by Imtiaz Ali, who has given some great characters like Geet and Aditya in Jab We Met, Aditi and Viren in Socha NaTha to Bollywood. But will he be able to redefine romance and love with Zoe and Veer, this time?

The movie is releasing on 14th February, on Valentine’s Day. Here is our Love Aaj Kal movie review.

The most hyped Bollywood pair and their film is finally here. Imtiaz Ali has directed this 2020 romantic flick in the way similar to his 2009 hit film by the same name. But the love story is fresh bringing different sets of conflicts out. The contrast between the contemporary and urban love with the traditional and small-town love story is depicted beautifully. He has tried to make a relevant comparison between the simple yet complicated and messed up love.

It is an audacious, ode of love that takes you on a quest for self-realization while dealing with unsettling impulses and emotions. Even though the complete emphasis is on the modern-day couple, there is a touch of old-love magic as well.

The performance by all the actors is not consistent, but definitely intriguing. Sara Ali Khan is perfect to play Zoe in terms of age and attitude. Her imposing screen presence helps her pull off the fiercely independent character. She looks gorgeous and keeps your eyes glued to the screen.

Kartik Aryan who plays a double role is quite good in his boyish, younger version of Raghu. Even his transformation from the timid, small-town lover to the big-city geeky Casanova is believable. He too likes the other lovers who don’t have much to do than be at the beck and call of his lover. Arushi Sharma, who makes a debut the film plays the role of Leena and does it quite effectively.

The most powerful character on screen is Randeep Hooda. He is a wickedly handsome guy, who delivers a flawless interpretation of a conscience-keeper guy in today’s generation.

The opening scene of the film shows Zoe, a party lover who nearly hooks up with Veer a socially awkward guy after they meet in a club. However, Veer restrains himself as he feels that she is the love of his dreams. And in the name of unconditional love, and admiration he becomes a creepy stalker. While Zoe at first resists him, soon she starts to find him endearing. And as their story progresses, she is seen making some selfish decisions.

In the parallel love story, it starts as a vanilla love tale which is soon attacked by infidelity and philandering. Randeep Hooda and Sara’s platonic relationship in the movie seems to have more spark then the actual love interests in the film. So will it take an unexpected turn?

Love Aaj Kal is an emotionally charged saga of love back then and now. If you haven’t watched the trailer, then check it out- 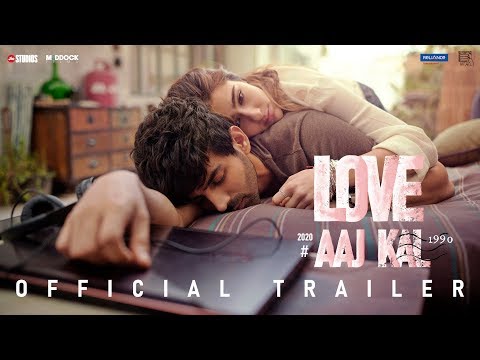 The music of the film is rich. The melody of the soundtracks adds to the value of the plot. Songs like Meherama is soulful and is the heartbreak song of the year. The song Twist has been recreated which will make you groove in your seats.

Love Aaj Kal celebrates the dysfunctional relationship of complex characters, keeping love as the prime emotion. The film doesn’t make much impact or eave you spellbound, unlike other Imtiaz Ali films. But you can still go to watch it with your love and for your love.

An Ultimate Guide about SIGMA FP I: Everything You Need To Know

Different Types Of Loans And What You Need To Know

Need to Move a Couple of Things? Why Not Use a...