Canon’s 2017 lineup of R-series camcorders are here. All three camcorders namely the Canon Vixia HF R80, R82 and the R800 carry quite similar lists of specs other than size of internal storage – The R-82 offers 32 GB, the R-80 has 16 GB, and the R-800 only has an SD card slot. The budget R-800 also doesn’t have Wi-Fi connectivity which the more expensive siblings have.

Although prices remain largely unchanged Canon has improved on recording times, better back light correction in Highlight Priority Mode with more natural colors. In addition you get fast-motion recording options. All the new camcorders were updated with Flexible Slow and Fast motion recording, something coined by Canon in earlier models. This feature is no available for the budget R-series allows you to create fast and slow-motion effects onboard the camera. A very cool feature if you are into sports and creative videos.

This new lineup comes with 3.28-megapixel CMOS sensors with a zoom assist feature, optical image stabilization and a 3-inch touchscreen. In terms of recording times The VIXIA HF R82 leads the pack with 12 hours of internal recording time which is 6 hours more than the outgoing HF R72. When you insert in a 64GB SD card you’ll get a whopping 36 hours of recording time, more than enough for a long trip. If your budget is below $400 and don’t need such long recording times, the VIXIA HF R80 offers almost the same built-in features and comes with 6 hours of internal memory. The entry level VIXIA HF R800 record to SD cards only. All of these models has exceptional video quality for its price and are probably one of best mid-range camcorders on the market.

Here are the full reviews: 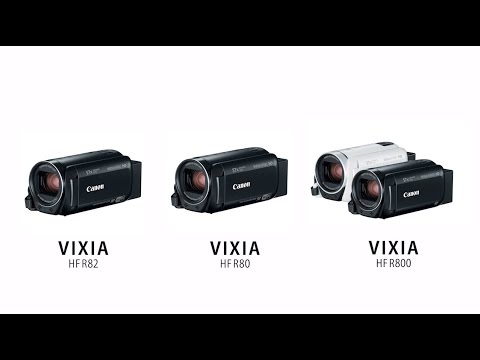 How Does Professional Translation Work?

Simple Ways That Can vastly improve your gaming skills

Top Tips on How to Pamper Yourself