Well, yes, Zee Cine awards 2020 once again this year is celebrating the Indian cinema giving way to new and emerging stars by celebrating their hit films of 2019. This grand ceremony is held every year and celebrates Bollywood and honours deserving talent. This larger than life film-fiesta that witnesses the celebration of Indian cinema is all lit up with starry performances and awards. This time it is the 20th version of this popular person choice movie awards show.

Check out to know more about Zee Cine Awards 2020 Premiere Date, Winners lists, glittering performances and how to watch.

The 2020 Zee Cine Awards took place in Mumbai on Friday (March 13). But it was for the first time that the awards show took place without any general public. The award ceremony was shot as a televised show so as to avoid mass gathering following the Coronavirus (COVID-19) outbreak.

But the ceremony was a star-studded night as many tinsel town celebs like Ayushmann Khurrana, Ranveer Singh, Sara Ali Khan, Kriti Sanon and Kartik Aaryan graced the awards show.

While since each of us has been quarantine and need a full blast entertainment to pass our time, you can enjoy this award show by sitting back at your home on TV screens. The Zee Cine Awards will premiere on 28 March 2020, Sunday at 7:30 PM IST only on Zee TV and Zee Cinema.

Also, you can enjoy watching the starry night online on the Zee5 channel or official website as well as its app. The app will provide the online broadcast of the show.

Actor Hrithik Roshan gave an electrifying performance which was one of the best parts of the celebration. He performed on his latest songs and even without any audience, he gave the feel of the crowd chanting his name. Only stars who took home awards and those who were on call to perform on stage formed the spine of the guest-list.

Ranveer Singh won the ‘Best Actor (Male) in a Leading Role’ award for his performance in ‘Gully Boy’ while Kartik Aaryan took home the winner’s trophy for ‘Best Actor in a Comic Role’ for ‘Pati Patni Aur Woh’.

Ayushmann Khurrana, who was recently seen in ‘Shubh Mangal Zyada Saavdhan’, was honoured with the award for ‘Best Entertainer of the Year’ at Zee Cine Awards 2020. Taapsee Pannu won the ‘Best Actor- Female’ award for her performance in ‘Badla’. 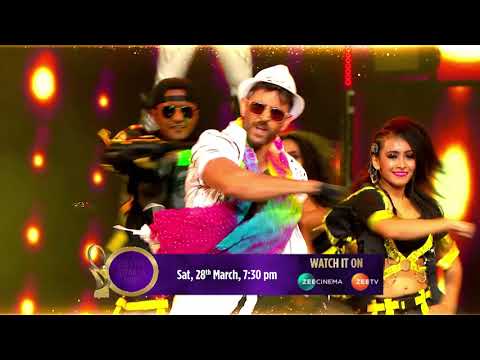 Well, if you are getting bored on weekends and need an entertainment night then do not forget to tune on your TV screens to watch Zee Cine Awards 2020 only on Zee TV on 28 March at 7:30 PM.

Less Bark, More Byte: 8 Technologies That Will Help You Train...

Top 7 Arguments Why Instagram is the Best Platform to Promote...