With the end of the episode titled “Adapt or Die”, the ’70s era also came to an end. This episode was one of a kind as it had a powerful failure narrative tone, with Daisy struggling to save her life, and Coulson sacrificing his life in the end. Yes, it was an explosive ending of the era and the winning events of our heroes. Such twists and turns definitely make it the best mid-points of the season, leaving the viewers anticipating the upcoming events. The show is pulling the audience deeper and deeper with its time travel, so be ready to face more consequences in the Agents of S.H.I.E.L.D Season 7 Episode 7 titled “The Totally Excellent Adventures of Mack and The D.”
Here is our review of “Adapt or Die” episode, and a little sneak peek into the upcoming episode. Also, don’t forget to check the promo of the latest episode.

The previous episode of Agents of Shield Season 7 titled “Adapt or Die” aired on July 1st. Here are the highlights of the episode. The shoot that took place at the Zephyr led to damage, which Simmons, Deke, and Enoch then repair. during this process, Deke discovers about Simmons’s implant through which she can retain the information during the time jump. On the other hand, Nathaniel uses some of the fluids of Daisy to empower himself. but the power seems to be overwhelming for him and so as a result he crushes himself accidentally.

While Coulson speaks to the predictor of Chromnicom, Sybil after finding the Chromnicoms’ ship, the agents’ team rescues General Rick Stoner. All this happens because of May’s ability to see through the Chrominicoms changing personality trick. Later, Yo-Yo and Mack rescue Mack’s parents, but later realize that the Chromnicoms have already killed them by impersonating the Agents. Towards the end, Coulson blows the Chromnicoms ship with explosives while he himself is on the ship. Mack jumps to get outside but as Deke reaches to check him, time jumps forward. And the two are now stranded.

Agents of S.H.I.E.L.D Season 7 Episode 7 Spoilers- “The Totally Excellent Adventures of Mack and The D”

Marvel’s Agents of S.H.I.E.L.D Season 7 is keeping the plot of the upcoming episode under the wraps. It has been several episodes now, that ABC is not releasing the official synopsis of the latest episode of the show. But for now, we know that Agent Phil Coulson has died for the sixth time in the series. He has made this sacrifice and so what will be its consequences on the other agents and their mission.

Check out the promo of the episode here. 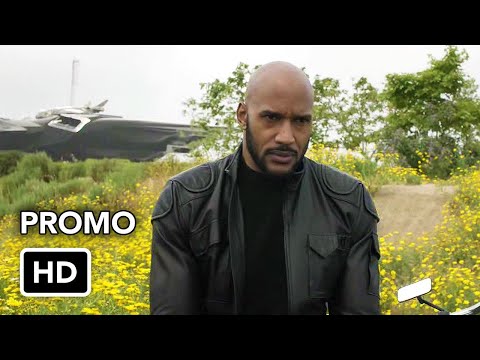 Will Coulson manage to survive? And will Deke and Mack be able to join the Agents team again? Know more about the consequences that the characters will face in the upcoming episode of Agents of Shield Season 7 at 9 PM on ABC on 8th July 2002.

Social Influencers Can Benefit from These Instagram WordPress Plugins

News from the world of transport

How to Watch UFC on Kodi? Best UFC Addons

Know How Sports Data Analysis Can Help You Guess Which Team...

An Overview of CNC Machining