COVID-19 impact is not hidden. Every function is put on hold and delayed due to coronavirus. Many of the movies that were supposed to release in March 2020 has been postponed until the effect of corona mitigates. But here we have compiled the complete list of Akshay Kumar Upcoming Movies 2020 and 2021, with complete information like Release Date And Director, Producer, Plot, Budget etc.

Akshay Kumar comes up with a bundle of films every year, and the coming years will also be great for all his fans. Here is the complete list of upcoming films of Akshay Kumar. 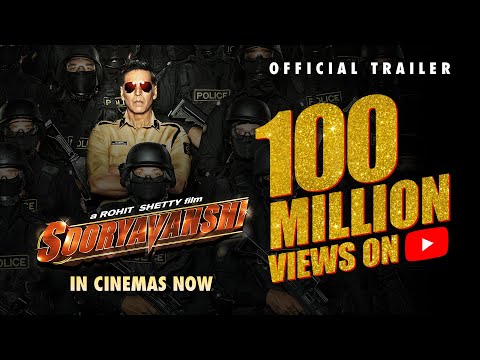 Storyline– Akshay Kumar is portraying the role of DCP Veer Sooryavanshi who is also the chief of the Mumbai Anti-Terrorism Squad in the film. For saving Mumbai he and his team join forces with Inspector Sangram (Ranvir Singh) and DCP Bajirao Singham (Ajay Devgan) to stop a terrorist batch and save Mumbai from them.

Storyline– Laxmmi Bomb is an upcoming comedy-horror movie starring Akshay Kumar and Kiara Advani. The film will mark the directorial debut of Raghava Lawrence. It is basically a remake of Muni 2: Kanchana a South Indian movie. It will be a sweet surprise to watch Akshay and Kiara together on screen after Good Newwz.

Storyline- In this period drama, Khiladi Kumar is all set to play the great warrior Prithviraj Chauhan. It is directed by Chandraprakseh Dwivedi. This YRF production also includes Manushi Chillar essaying the role of Sanyukta. This movie is basically about the victories, love story and wars of Prithviraj Chauhan. The film will hit the theatres this Diwali.

Storyline– Khiladi Kumar and Sajid Nadiadwala join hands once again for Bachchan Pandey. The film has been postponed to Jan 2021 due to Aamir’s Lal Singh Chaddha on Christmas 2020 but it will release its trailer in December 2020. It is another action-packed film of Akshay Kumar.

Storyline- Akshay Kumar mentioned this movie in one of his tweets. He wrote about the originality of the movie. His said “This movie is totally original, no remake’. It will be interesting to watch a movie based on the 80’s in 2021.

Storyline- Hera Pheri 3 is the next instalment of the most popular comedy film series Hera Pheri. The first film was released back in 2000 and from then its various parts have entertained the audience to the fullest. Priyadarshan directed Hera Pheri series one of the best comedy movies of Bollywood till date.

In the third part, the super trio reunites for which the shoot started in 2019.

So let’s see when will Suryavanshi release. Keep checking for Akshay Kumar Upcoming Movies 2020, release date and more. If you want to share anything, feel free to use the comment box.

Stay safe and healthy at home.

Eat Healthy Anytime and Anywhere With These Tips

The 100 Season 7 Episode 4 spoilers: The mystery of ‘Hesperides’

The Benefits Of Using A Gaming Laptop For Work

Garmin Monterra With An Android OS