Netflix has released the trailer for Guilty, on Tuesday. The drama film is produced by Karan Johar that stars Kiara Advani in the lead. Alongside it also stars Akansha Ranjan Kapoor, Gurfateh Singh Pirzada, Taher Shabbir, and Dalip Tahil. Guilty has been directed by Ruchi Narain.

Guilty seems to be all about a “life-changing” incident which involves some college-going students, who are also members of a band.

Guilty- What does the Trailer Say?

The Guilty trailer released introduces its central characters that include songwriter Nanki Dutta and her tribe in the trailer.  and her Doobydo Crew bandmates, Tashi, Hardy, and Vijay “VJ” Pratap Singh, who’s also her boyfriend. Their freewheeling life is upended after a girl called Tanu Kumar accuses VJ of rape.

The story seems to take a turn as something big happens on one night, which she describes as the “darkest night” of their lives in the trailer. 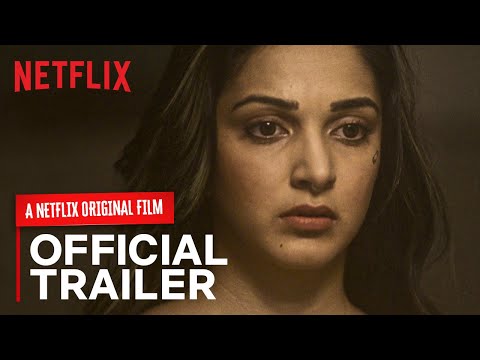 A girl named Tanu accuses Nanki’s boyfriend who seems to love a millennial life with her tribe, Vijay of raping her on the night of Valentine’s Day. Now the entire narration of Guilty revolves around finding the truth, which is further complicated by class because Vijay belongs to an “upper class” and “privileged” family.

As the news goes viral, the case becomes a sensation and puts loyalties and friendships into being tested. The movie explores the themes of sexual consent, victim-blaming, emotional and mental well-being, who is truly ‘guilty’. Therefore, Guilty is all about finding the truth about this one night.

Here’s the official description for Guilty, via Netflix:

“Guilty explores the different versions of truth that emerge when a small-town girl accuses the college heartthrob of rape. Seen through the eyes of his musician girlfriend (Advani), this story makes us question who is truly ‘guilty’ in such circumstances.”

Will Nanki trust her boyfriend and stick up for him? The film will release on March 6 on Netflix.

Staying safe when Playing at an Online Casino

Targeting Tips and Promotional Tools for Your Advertising Campaign on Facebook

Does Your Company Need a Quick Mobile Boiler Solution?

Differences in iGaming Habits And Culture: Finland vs the USA

vshare.eu/pair – How to Fix Pairing Errors on Kodi [3 Methods]

What Robert Kiyosaki Said about cryptocurrency?