Bollywood never fails to surprise you. And with Malang, director Mohit Suri brings you another super hit cop movie, which is a deadly combination of suspense and thrill, along with romance and music. It is a tale of revenge that has all the ingredients, from glam to game blended perfectly. So here is our review of Malang: Unleash the Madness movie.

Malang: Unleash the Madness- What’s the Story About?

The film Malang is about a dramatic event where the lives of Advaith played by Aditya Roy Kapur and Sara aka Disha Patani cross paths with Anjaney Agashe and Michael Rodrigues played by Anil Kapoor and Kunal Khemu, two police officers. And so Malang is their story and the impact they have on each other’s life.

Advait and Sara meet on a trip to Goa. While Sara is a free-spirited girl who hails from London, Advait is a little introvert. Sara according to her nature wants to live her life to the fullest as she is visiting India for the first time. The two are attracted to each other instantly and plans to stay together and make the most of their time.

Everything is going well until the entry of a twist in their lives, spinning it out of control. Five years later, on a Christmas night, Advait goes on a killing fling. And then the case is taken by Michael Rodrigues, an apparently virtuous cop, along with Anjaney Agashe, the cop who doesn’t follow the law. Both the police officers go on a mad chase for him. The rest of the film is all about the uncovering of the motive behind Advait’s actions.

Mohit Suri’s films are always high on either music or emotions, but this time he has introduced thrill as well. And it is one of his darkest attempts to combine the two with proper balance. The story is explained in two different timelines, which is comforting for the audience. The script’s fast pace works in favor of the film. None of the characters in the film are uni-dimensional, and Aseem Arora has beautifully maintained the dual shades of the characters.

However, one downside of the script is that it made a lot of incidents very easy to believe. The twists are good but the convenience of the script doesn’t help to build a strong connection with the characters. Even Mohit failed his chance to display the proper “drug trip”.

Mohit Suri has tried to create a great impact by including sound design in his direction. The sound that goes like “swish” with every camera movement works well. However, if songs are considered then it’s a strong point. The title track really clicks and is something that any viewer will take with them.

Aditya Roy Kapur is playing the badass in the film and goes one level up, say with his acting as well as from alcohol to drugs. He is intoxicating as he delivers the emotional scenes with finesse. From his subtle look to robust physique and stubble look, Aditya fits perfectly.

Disha Patani has undoubtedly got the looks and body, which works for the film, but it seems that this time she has got out of the shell. She has got the chance to pay a character which she does pretty well. And it seems that it’s just the start for her. The chemistry between the two is sizzling hot, with some terrific kissing scenes, as you all would have seen till now in the trailer.

Watch the trailer of Malang Unleash the Madness here. 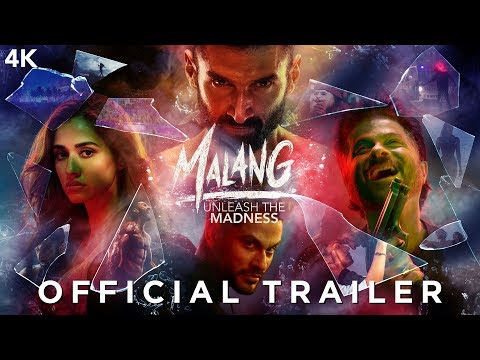 Anil Kapoor is known to be the evergreen star, forever young actor of Bollywood and he is proving this point with the roles he is selecting. He plays the role of a druggie cop, who follows no role, and no actor other than Anil could have done it better. Apart from a few characteristics, Anil Kapoor justifies the character completely.

Last but not the least, the lost gem of Bollywood, Kunal Khemu is a treat to watch on screen. He exhibits the different layers of his character and slowly and gradually goes into depth.

Malang is the journey from one thrill to another. It’s an intriguing story that does not lose its impact even in fast pace narration. Do lookout for some time to go and watch Malan: Unleash the Madness for sure.

Which is better, Shopify or Squarespace?

Read This Before Buying a Spylix Phone Tracker

Stay Connected With The Magellan SmartGPS

How to Get Coin Master 400 Spin Links | Latest Trick

What Play-To-Earn Games Mean for the Economy?