Paras Chhabra and Mahira sharma latest release song hits it out of the park as “Baarish” crosses 5.9 M views in just one day!

Ex big boss s13 contestants and rumoured couple Paras Chhabra and Mahira Sharma starrer music album Baarish that released on 10th March, 2020 has turned out to be a great hit among the audiences. While the song has established a lot of applause in just one day, thanks to Sonu Kakkar’s and Nikhil D’souza for their extraordinary voice, the music video reaped huge praise because of the performance of Mahira and Paras. The five-minute song has won the audience hearts. 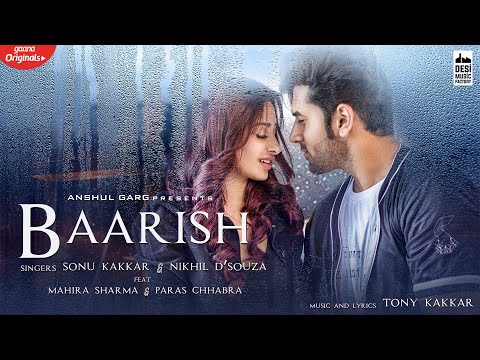 Amazing storyline, concept and beautiful voice of the singers has successfully grabbed the audience’s attention. It is a romantic emotional song representing a couple getting separated on the day of their marriage showing all the flashbacks of their lives to both of them.

Few days back when the poster of this music release shared by both the actors then people started making speculations regarding their love- affair. People feel love to watch the chemistry between the couple and this song is one where you see that. This romantic song has gained lovely comments from the audience in just a single day.

As much as everyone would love to watch Paras and Mahira together, the sad truth is that they are not. Paras and Mahira were together in Big Boss Season 13 and Mahira have confessed her likedness towards Paras, but they essentially are not together.

Recently an Instagram story of Mahira grabbed audience attention successfully by giving the caption on the poster of the song #A day without you is like a year without rain#pahira and other posts shows #pahira something new coming soon black heart.

Paras Chhabra, on the other hand, admires Mahira a lot. Let us see how many more views this song will get in the upcoming week.

How to Improve Your Ad Click-Through Rate

Why Online Banking is More Popular Than Ever

Casino Sites Not on Gamstop: A Quick Guide for Beginners

7 Must-Haves For Motorcycle Riders in 2021

7 Tax Accountant Tips for Corporate Taxes: How to Save Money...