It is the digital era, where people are turning towards online platforms for their entertainment. And amongst so many popular streaming apps like Netflix, Amazon Prime, there is one platform called MX Player, which is trying to integrate all kinds of entertainment for its audience. If you are falling short of shows, then here are some must-watch MX Web series that you can stream.

MX Player has tried to up its game with the release of MX Originals in different languages. And the best part is you can stream all content for free, without any subscription. So let’s check out the top 10 MX series for 2020.

Here are the top 10 MX Player Web series that you can watch anytime, sitting in the comfort of your house without paying any kind of fees. Do check them out.

MX Player released a romantic-comedy-drama on February 20, 2019, by the name Aafat. It is the story of five different girls who quirky in their own way but shares a common problem. The story of these beautiful girls revolves around Ricky Malhotra a young and good-looking guy, searching for his perfect bride. 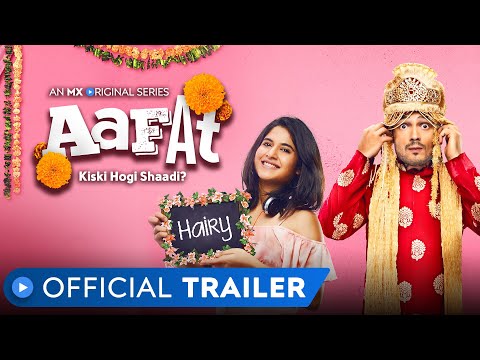 As Ricky meets these five girls, he comes to know about the eccentricities that the girls have developed, which is considered as an imperfection by society. It is the best romantic series on MX Player

Many of you might have heard about Hey Prabhu! a web series by MX Player that portrays the life of youngsters of today who are completely involved in social media. It is the story of Tarun Prabhu, a common man, and his incredible journey. The makers have tried to bring out the problems faced by the “millennials” in their professional and personal life. 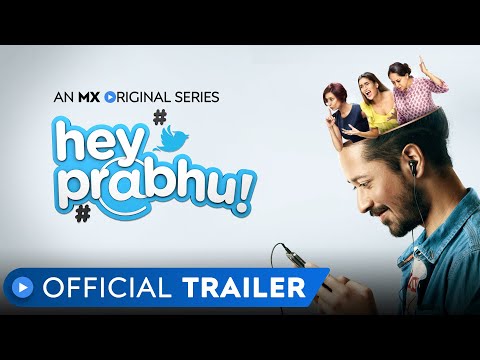 Hey Prabhu! tells that if you are a pro at social media then it’s not necessary that you will be great in facing personal issues as well. do check out this web series on MX Player if you are also a victim of social media addiction.

The next on our list is a Tamil web series called Lots of Love, which revolves around the struggles of four friends Aravind, Karthik, Reema, and Vish. As the four friends take a trip to Goa to find their true love, they develop a unique and strong bond between them. 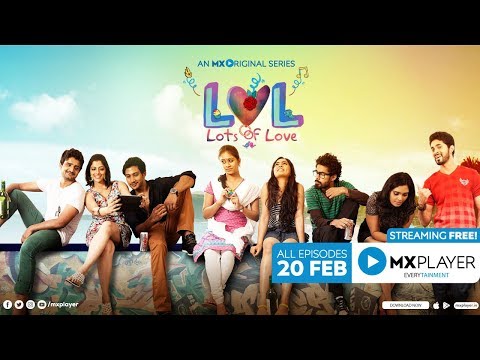 Even though the four friends are different from each other, they connect with each other on this amazing trip. It is definitely a must-watch show for youngsters.

Thinkistan, starring Mandira Bedi, Shravan Reddy, Naveen Kasturi Satyadeep Mishra is 90’s corporate web drama. The series is set in Mumbai and focuses on MTMC agency, an advertising agency, stressing on the struggles of Hindi VS English, North VS South and more. The lives of people working with this advertising agency get tangled up as they follow their passion. 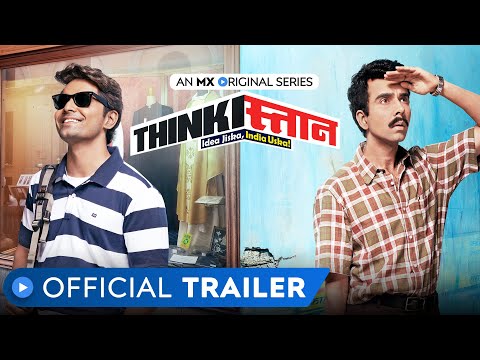 It is a powerful story of power and passion, shot by some amazing actors.

Another web series that revolve around the life of youngsters is The Insiders. As the name says, in this series four urban rich teenagers spend their weekends locked up in their room when their parents meet for dinner. This TVF’s web series shows that even their life seems to be directionless they don’t have real-life problems to deal with. 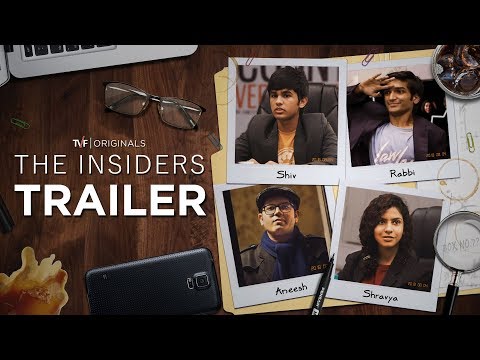 And so what they have is a creative grey matter using which they live the unfamiliar truths. They start as complete strangers, but by the end of the show, the four becomes best of friends. It is surely one of the must-watch from The Best MX Player Web Series list.

This web show will surely make you nostalgic as it brings back the love that happened during coaching classes. Yes, Flames is the MX Series that depicts childhood love. After the success of the first season, the show came back with Season 2. The story is set in West Delhi’s Pradeep Kaushal tuition classes. Rajat and Ishita are the two students of this coaching class, who fall in love as the story progresses. 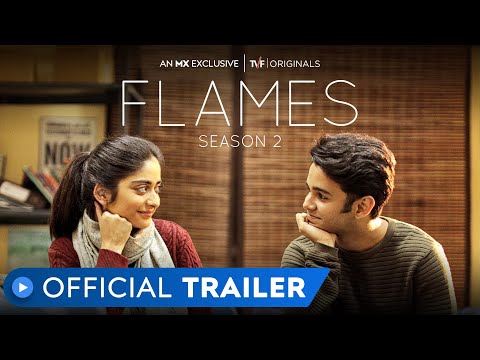 The two seasons show how these two young minds deal with the problems that come in their relationship. Another Romantic MX Player series to binge-watch on the weekend!

This next web series on MX Player is a reality show that has romance and drama as its core emotion. In Love Ok Please, there are four couples who spend time with each other, and further make a decision as to who is the one for them. 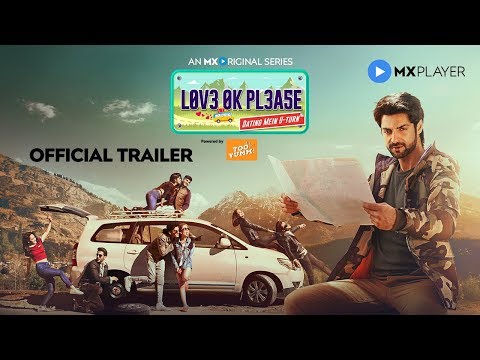 The series is hosted by Karan Wahi as he takes all the contestants on a road trip, exploring the chances of falling in love. The show takes you on 10 days unbelievable journey in the beautiful landscape city of Himachal Pradesh.

Bhaukaal is one of the most talked about MX Web series. It brings out the untold story of one braveheart in the UP Police department. The narrative revolves around the IPS officer played by Mohit Raina. The show is basically inspired by the life of Navniet Sekera, a real-life IPS officer. 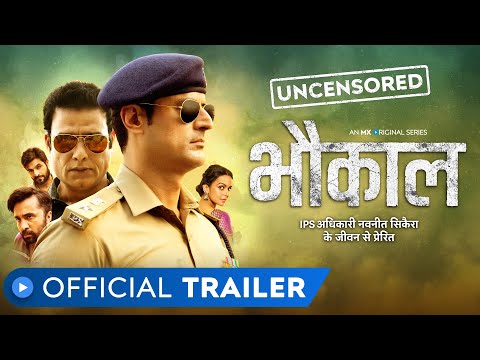 Bhaukaal is set in 2003, in Muzaffarnagar, the crime capital of India, and how one officer takes the charge of cleaning the city, punishing criminals and battling the local influential personalities. He is here to reinstall the faith of the common people in law.

Samantar is the latest release of MX Player. It’s a Marathi web series starring Swwapnil Joshi, as Kumar Mahajan a young man, after Sudarshan Chakrapani, another ma with the same destiny enters his life. So the life that Kumar is living is already lived by Sudarshan. So the question is, knowing all this will Kumar be able to control his present, and change his future? 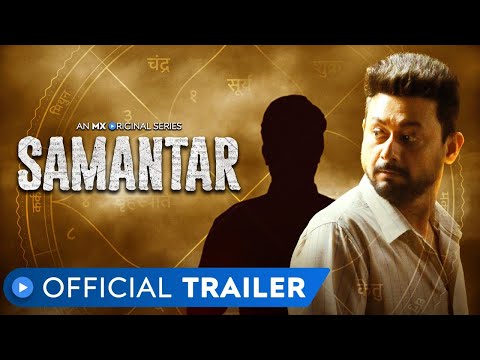 The story will take you on a complete rollercoaster ride in every episode. Don’t forget to watch out for Samantar, released on 13th March 2020.

The last in our list of MX originals and one of the best of 2019 is Queen. The series starring Baahubali fame, Ramya Krishnan in the role of late J Jayalalithaa. It is the biography of the former CM of Tamil Nadu, covering her entire life drama, acting career and political career. 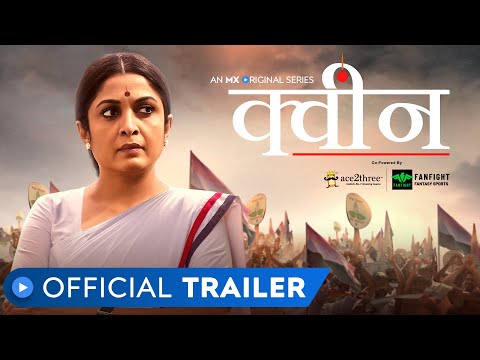 The web series begins with Shakthi Seshadri’s childhood days and how and why she made an entry into the cinema industry. The series is one of its kinds with powerful acting, performance, direction, and story.

If you are looking for good and entertaining content for free, then MX Player is one of the best streaming platforms. You will get content from all kinds of the genre to say romance to comedy, crime, and thriller. We hope that this list will be helpful for your binge-weekend sessions. Also, don’t forget to share your favorite MX Originals with us in the comment section.

12 Tricks that will Boost your YouTube Channel and Views

How to Start Geocaching

The Best Holiday Destinations for Gamers

3 Major Technological Innovations That Are Totally Shaping the Casino Industry