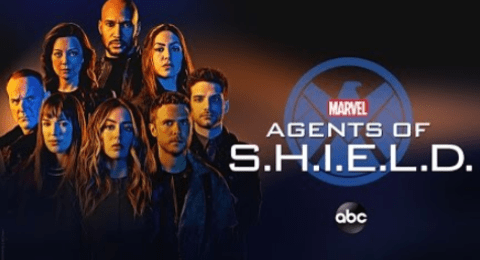 Agents of S.H.I.E.L.D Season 7 premiered on 27 May 2020 and it happens to be the last season of the American Sci-Fi series. Based in the Marvel Cinematic Universe, the S.H.I.E.L.D agents and its allies are trying to prevent the aliens from occupying the Earth, while being stranded in time. With this season, the agents will be exploring the S.H.I.E.L.D history using time travel and further tie up the previous season’s threads left open.

The premiere episode of Agents of S.H.I.E.L.D was titled “The New Deal” and it aired on ABC on 27 May 2020. The first episode has up the excitement level in the fans and so we bring you the Agents of Shield Season 7 Episode 2 spoilers.

In the first episode of Season 7, the agent team is introduced to Chromnicom Hybrid Coulson/LMD. Even though he faces issue in taking a lot of information, he is allowed in the field by Mack. The Chromnicoms travel back to the 1931 New York City where they leave the police officers faceless, after stealing their appearances. To catch up with Deke, Daisy, Mack and Coulson, the team makes use of upgraded Zephyr.

The final season opened with the team getting accustomed to new clothes, new appendages, new time period, new insides before getting ready for a familiar threat. The premiere episode “The New Deal” centred on the assassination attempt on FDR. In the upcoming episode of Agents of S.H.I.E.L.D, after the LMD Coulson introduced in the team, more information will be revealed about this season’s central arc.

The upcoming episode of the Sci-Fi series is titled Know Your Onions. The episode will air on ABC at its regular time. With this episode, each agent in the team will be questioning their morals as they set on a mission to save the timeline-unravelling thread at all cost.

In the previous episode, this “thread” was revealed and now the question is- is it worth to preserve the future at the cost of destruction that they can actually prevent. It is going to be a moral dilemma as they try to save some people at the loss of the said future.

You can catch up with the all-new episode titled “Know your Onions” of Agents of S.H.I.E.L.D Season 7 on ABC at 10 PM, on Wednesday. And don’t forget to share your views on the premiere episode with us in the comment box.

How to Get Coin Master 400 Spin Links | Latest Trick

Technology that is Taking Online Casinos to Another Level