The offshoot of Bad Boys: L.A.’s Finest will be returning with Season 2 on one of the digital streaming platforms, Spectrum Originals. This girls-led TV spin-off has not only resonated with the audience but also received an overwhelming response. And so after Bad Boys for Life, it’s time for Bad Girls to rule your TV. L.A.’s Finest Season 2 is all set to premiere on 8 June 2020 with its three episodes back-to-back.

The platform announced a second season right after the release of the first instalment. And recently the trailer for the upcoming season was dropped which created a lot of buzz regarding its plot, characters and more. So here is everything we know about L.A.’s Finest Season 2.

L.A’s Finest Season 2 Release Date- When Will it Premiere?

Due to the Covid-19 pandemic and lockdown prevailing all over the world, the shoot and production activities of various TV shows and movies are at hold. However, you will not have to wait long to stream your favourite crime drama series starring Jessica Alba and Gabrielle Union.

According to the latest reports, the first three episodes will premiere on 8 June 2020. You can stream the upcoming season on Spectrum Originals. Also if you haven’t watched the first season of L.A.’s Finest, then you can binge-watch both the seasons together on Netflix or Amazon Prime.

The trailer of L.A.’s Finest Season 2 as launched exclusively. And after watching the trailer, we can say that the second season is going to be much better and groovy. It seems the characters have settled in and are ready to move forward.

The L.A’s Finest trailer for Season 2 was released in May, and if you haven’t watched it yet, then check it out here. 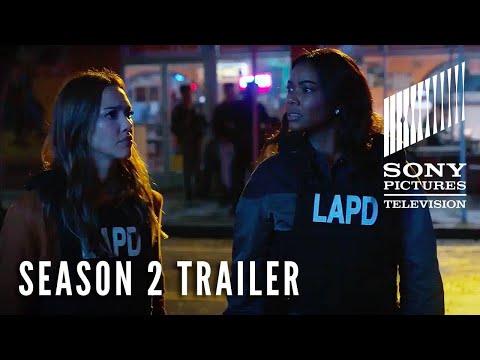 L.A.’s Finest Season 2 Cast- Who Will be Returning?

The second season the crime drama is returning and so will be the cast of the first instalment. It will include-

L.A.’s Finest is based on the Bad Boys series created by Brandon Margolis along with Brandon Sonnier. It is an American crime drama show produced by Sony Pictures Television. The show is based on Syd and McKenna, two female detective police officers working at the Los Angeles police department. The two main characters are played by Gabrielle Union and Jessica Alba.

In the upcoming season, Syd will be struggling to find the answers as she mourns the sudden death of a friend. On the other hand, McKenna will be dealing with the consequences of the kidnapping of Izzy and its further repercussion cause in her marriage. According to the official synopsis, in the L.A’s Finest Season 2, the Koreatown will face a powerful crime wave that will prove to be threatening for the community. McKenna and Syd with their team will be on a mission to find the mastermind behind this before it gets too late.

Don’t forget to watch the L.A.’s Finest Season 2 premiere episode on 8 June 2020 on Spectrum Originals. And share your views on this brand new season with us in the comment section.

Legal Risks of Allowing Smoking in the Workplace

The Nine Tips That You Need for More Creative Food Packaging

Are The Impacts Of Bitcoin Mining Our Environment Serious?

What is with Ranbir Kapoor’s Intense Look?

Benefits of Buying a House in Woman’s Name

How Does the Bitcoin Wallet Work? – Know About the Insights!

Things you can do with dedicated server