Traditional ways of entertainment these days is becoming obsolete. Web series nowadays are providing good content. People find these web series more thrilling and entertaining as compared to daily soaps. Amazon and Netflix are all ready to kick-off 2020. On the other hand, it offers you several numbers of new desi web series 2020 that are must-watch in 2020.

Desi  web series 2020 has grown to become one of the best sources of inspiration and entertainment, thanks to the advent of Netflix and Amazon Prime.

Netflix and Amazon Prime are the two most popular media streaming platforms today. And the Indian entertainment industry is bringing forward these hidden talents with some unique conceptualized series. 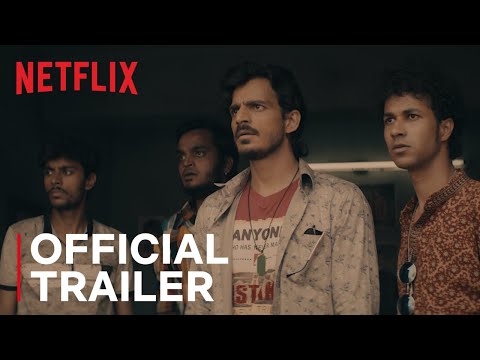 Sparsh Srivastava and Anshuman Pushkar are in the main leads of the most loved Indian web series Jamtara. The show basically revolves around two cousins who are specialists in phishing. They lead a successful scam along with their friends. Meanwhile, the local police specialists are on a mission to catch hold of the committers. ‘Jamtara’ also highlights the dangers of the internet. However, it showed how we are just a fraud call away from mislaying all our savings. 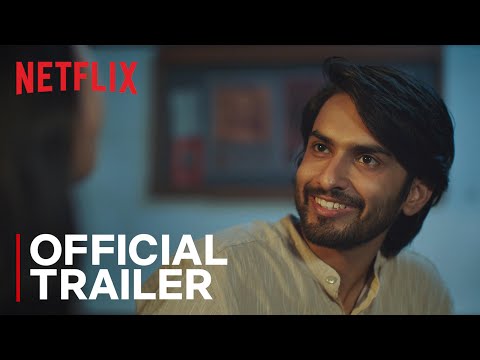 Hindi web series is giving us good content these days. The star cast of Taj Mahal 1989 is Neeraj Kabi (Talvar), Geetanjali Kulkarni, Danish Hussain and Sheeba Chaddha. Taj Mahal 1989 is a romantic drama that Netflix released on Valentine’s day. Out of the four couples around which the series revolves, you’ll end up falling for the old-world romance between a philosophy professor Akhtar Baig (Neeraj Kabi) and his wife Sarita (Geetanjali Kulkarni), a physics professor. The second story that stands out for us is the one between philosophy gold-medalist turned tailor Sudhakar Mishra (Danish Hussain) and his partner Mumtaz (Sheeba Chaddha). This series follows couples of variable ages finding out the politics of love through marriage, budding romances, and friendships.

The first season of Delhi Crime received a positive response from the viewers which came out on 22 March 2019. The show is based on the dreadful offence that took place in 2012 in which six men had raped a young girl. She was trampled up and contrived, who finally passed away due to her injuries. It arouses protests all over the country.

The show began with police searching out the criminals. This show is a complete mixture of emotions, anger and politics. The second season is ready to reveal the originality of the incident in its episodes and is soon going to release next month.

The Cast of Bard Of Blood has the real-kisser Emraan Hashmi as Kabir Anand/Adonis, Vineet Kumar Singh as Veere Singh, Sobhita Dhulipala as Isha Khanna and many more. As for the show’s plot, The Season 1 follows the story of four Indian intelligence officers who belong to the Indian Intelligence Wing (IIW). But before they can relay important information to India, they get conceded. Have a look at the trailer. 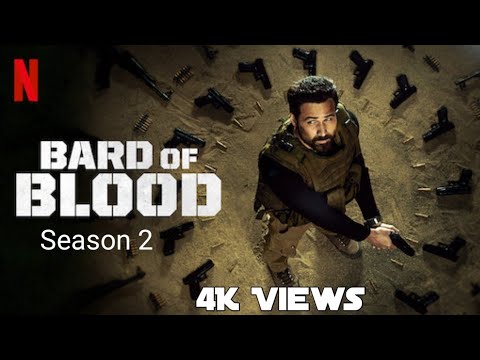 Mithila Palkar and Dhruv Sehgal will be back as main leads. The story involves around Dhruv and Kavya who stays live-in-relationship. Moreover, it will be all about the consequences they will face. Season 3 of ‘Little Things’ was a heartfelt, truthful series that anyone can narrate to. It focuses on idealistic relationships. It also narrates how the current generation survives in the modern times. This Hindi web series will completely describe the situation of present youth in terms of their relationships and management.

Ali Faizal and Pankaj Tripathi are ready to create a bang again. Mirzapur is an Indian crime thriller web series of Amazon Prime. The first part of the web series ended with a very dark and shocking ending where Munna Bhaiya kills Guddu’s younger brother Bablu and his wife Sweety, in anger and frustration. But somehow Guddu manages to survive with the help of Sweety’s sister Golu. People of all ages are talking about this web series since the release of its first part in 2018 on Amazon Prime. Just take a glimpse of Mirzapur.

Mirzapur plot revolves around the famous Mafia Akhandanand Tripathi aka Kaleen Bhaiya, his son and two young brothers Bablu and Guddu (both works for Kaleen Bhaiya). Season 1 of this web series had 9 episodes and has lots of violence, thrill, glamour, and murder.

The Family Man Season 2 is an action, thriller dama series. It is returning with its much-awaited season 2. As from the primary season of Family Man, all people praised the appearance of Manoj Bajpayee and cherished all the actors who performed an active position.

Family Man is the story of middle-elegance man. He is running for the National Investigation Agency as a senior analyst in the anti-terror squad. The display revolves around his adventures as well as his struggles to hold a legitimate family lifestyle. According to sources, South star Samantha Akkineni will also be a part of the show. She is making her web debut with The Family Man Season 2.

Ritwik Bhoumik and Shreya Singh Chaudhary are in pivotal roles. A romantic musical, Bandish Bandits is written by Amritpal Singh Bindra and created by Still and Still Media Creative with the direction handled by Anand Tiwari—yes, the one who was a part of the much-loved Love Per Square Foot as well. This is based on the love story of Tamanna who is a pop star and Radhe who is a superb Indian classical singer. The storyline of this web series moves along the self-discovering journey of these two in spite of their contrasting personalities and whether they could also become accustomed and go the long haul.

This is the first web series directed by Nikhil Advani.  Advani’s take on the story boasts of a promising cast which includes Konkona Sen Sharma, Swetha Tripathi and Mohit Raina. This movie is based on the terror attacks of Mumbai. It would be thrilling to watch the talented Konkana Sen and versatile Mohit in this eight-element collection, titled Mumbai Diaries 26/11. It offers a fictionalized account of the terror assault that happened at the Cama Hospital. Advani has roped in an eclectic forged for the endeavour — Konkona Sen Sharma headlines the show, accordingly marking her foray into digital leisure, and is joined with the aid of tv actor Mohit Raina and Prasthanam actor Satyajeet Dubey.

These desi web series 2020 will entertain you to great extent. Amazon Prime and Netflix regularly launches new web series. On the other hand the audience loves to watch these series. It’s so great to see these new concepts able to seek audience attention. So don’t forget to watch these Hindi web series 2020 exclusively on Amazon Prime and Netflix. And watch out for this space as we will keep you updated with fresh content.

Staying safe when Playing at an Online Casino

8 Ways to Show Love to Your Dog