The theme for camcorders in 2015 is 4K. And price war for 4K camcorders are intensifying too. Panasonic unveiled new 4K camcorders at the CES. Not to be outdone Sony launched the new FDR-AX33 model. And prices are coming down too. It is a whopping $1000 off the FDR-AX100 launched at last year’s CES. It is smaller and lighter too.

In spite of its diminutive size. the Sony FDR-AX33 has a high-bitrate of 100Mbps used in 4K recording. It also incorporates Sony’s latest Balanced Optical SteadyShot (BOSS) image stabilization system. It is quirky to see the lens bobbing inside the frame to compensate for the shaking but it works. The Sony BOSS system stabilizes the entire lens unit, not just the sensor. Image stabilization. According to Sony this helps in getting a stable image in 4K video recording because of the huge amount of data that’s being processed. Advanced users will like the manual ring and buttons, which mimic pro-level camcorders.Watch how the lens literally “floats” in the body: 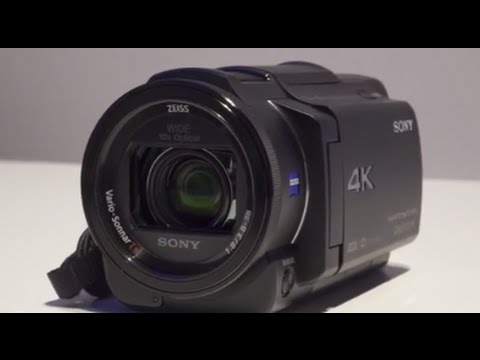 At $999 the FDR-AX33 shows that prices for 4K video cameras are beginning to come down. The AX33 is scheduled for February 2015 release. Watch out for our full review.

Everything that you should know about cryptocurrency debit cards!

First Look of Breathe: Into the Shadows| Abhishek Bachchan to Make...

Online Casinos in New Zealand – The Guide to Gambling in...

Do you want to increase domain authority in SEO?

Why your mobile app can fail?

10 Best Romantic Netflix Movies for Couples to watch in 2020