The final season of Agents of S.H.I.E.L.D is bringing realization to the team member about the real identity of Wilfred “Freddy” Malick and some relevant history pieces of HYDRA. With the start of June, we are happy that May was not about amnesia and nightmares. The last episode of Agents of S.H.I.E.L.D was though a bit redundant, but as we all know the reason behind the slow storytelling, we can do with it.  If you have missed out on the episode “Know Your Onions”, then here is the recap. Also, check out the upcoming episode spoilers.

You can catch up with the third episode of Agents of Shield titled “Aliens Commie from the Future” on 10 June, ABC at 10 PM ET.

In the last episode of Agents of Shield, May showed no emotional response on leaving Zephyr. She was even indifferent on seeing Coulson again while Enoch observes her behaviour. Mack and Deke Shaw who have been curious of Freddy’s work, rescue him and aboard the train with him. While Freddy keeps transferring alcohol. As the two agents accompany Freddy, the rest of the team interrogates his contact, Viola at Koeing’s speakeasy.

On Viola’s interrogation, they come to know that she is actually Hydra’s agent. Also, they discover that Freddy is transferring a vial of super-soldier serum. On knowing this, the team returns on Zephyr and Daisy order Deke to kill Freddy. However, Mack protects Freddy. Chromincoms arrive at the place, and Freddy is interrogated by Keoing but Freddy escapes the place by shooting him in the shoulder.

In the last, the Chromnicoms retreat and teleport to the Zephyr, but Enoch is left behind.

In the new episode of the Sci-Fi drama, Enoch will be working with Koeing at Speakeasy. He was left behind by the Chromnicoms in haste and so now he is stuck. Also as the title of the show suggests, we can expect some aliens visiting our team.

The official synopsis hasn’t been released yet, but we are sure that soon Enoch will be back with the team. Also in the upcoming episodes, we hope that the team of Shields go on different adventures and witness more time periods.

Here is a sneak peek into the Agents of Shield Season 7 Episode 3. 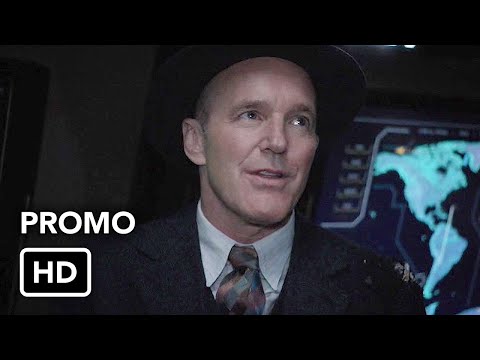 Watch the Agents of S.H.I.E.L.D Season 7 Episode 3, this Wednesday at 10 PM, only on ABC. Let us know if you liked the previous episode and what is your theory for the next events.

Why do bitcoins have value?

How Can I Teach Language Online Being A Non-Native?

Starting Your Own Optometry Practice

Calgary Flames Headed for the Playoffs

How To Build Your Brand In A Hybrid Environment